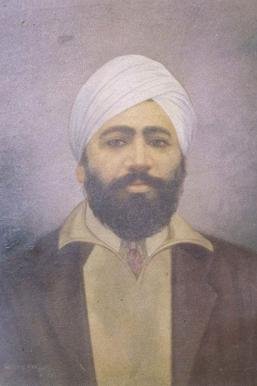 On 13 March 1940, a gun-wielding man, perfectly dressed in British attire, was waiting in one side of the Caxton Hall, Westminster.  He was hiding a 0.45 Smith & Wesson revolver in a book and was waiting the talk to conclude. He stood by the wall silently and steadily. When the meeting ended, O’Dwyer walked in the direction of the platform to have a word with Lord Zetland, the Secretary of State for India. He fired six rounds into a group of people. Two of them pierced the heart of O’Dwyer and killed him on the spot. Zetland, Louis Dane (the former Lieutenant-governor of Punjab), and Lord Lamington (the former Governor of Bombay) were injured.

The gunman, a martyr to Indians, had several names but was most commonly known as Udham Singh. In the police statements, he referred himself to as Mohamed Singh Azad. Michael O’Dwyer, the retired British official who was killed on the spot had, 21 years earlier as the Lieutenant Governor of Punjab, endorsed and supported the most horrendous massacre of Indians by the British after the First War of Independence.

Udham Singh was born as Sher Singh on 26 December 1899 in Sunam Village located in the erstwhile princely state of Patiala (Sangrur district of Punjab, India). His mother died when he merely two years old. His father, Tahal Singh Kamboj, was working with the railway as a watchman who died in 1907.

Sher Singh and his elder brother, Mukta Singh, became orphan at their tender age. They were forced to seek refuge in Central Khalsa Orphanage at Putlighar in Amritsar on 24 October 1907. As the years passed, both grew up. Sher Singh became Udham Singh and Mukta Singh became Sadhu Singh. In 1917, Udham Singh met with another tragedy. He lost his elder brother as well, leaving him all alone to face the world. However, he continued and accepted life as it was offered to him. He passed his matriculation examination in 1918 and left the orphanage in 1919.

Jallianwala Bagh Massacre and vow to kill the perpetrator

It was Sunday morning of 13 April 1919, the day of festivity on Baisakhi — harvest season in Punjab. To celebrate the moment, people were visiting Amritsar. Many of them gathered at Jallianwala Bagh, a public garden. Taking account of the law-and-order situation in Punjab, any kind of public gathering was banned during those days, but the public was unaware and unsure of such kind rules in place.

Upon hearing of the gathering at Jallianwala Bagh, Brigadier-General Reginald Dyer order their troops to march. It is believed to be based on an order from Michael O’Dwyer. Dyer ordered to seal all other exits and asked to fire. Guns roared indiscriminately on men, women, and children. It continued for merely a few minutes and the gun became silent. It was not because of cry and blood invited compassion but ammunition exhausted in rage of firing.  According to official British Indian sources, 379 people died and 1,100 were wounded; however, the Indian National Congress estimated the deaths were more than 1,000 and around 1,500 people were wounded.  There were reports that the wounded were left to die without any support of medical assistance. Brigadier-General Reginald Dyer was later severely censored and removed from his appointment and barred from employment in India.

Though it is not certain but assumed that Udham Singh was serving drinking water to the congregation of people who had gathered at Jallianwalla Bagh.  According to some reports, even Udham Singh was wounded in the incident in his efforts to retrieve the body. The horrendous massacre left him devoid of any words. He was filled with rage, anger, and hatred towards the British and picked up some blood-soaked earth and smeared it across his forehead and vowed to take revenge.

He vowed to kill O’Dwyer, Lieutenant Governor of Punjab, who was responsible for ordering Brigadier-General Reginald Dyer to execute the crime against humanity.  Order from O’Dwyer has its root in his own fear and insecurity. He was afraid that Hindu-Muslim unity may lead to a second Indian mutiny.

The Author Anita Anand in her book The Patient Assassin: A True Tale of Massacre, Revenge, and India’s Quest for Independence covered breadth and depth on the subject. She traced the legend journey through Africa, United States, and across Europe until, March 1940. She also covered the moment of a gunshot in the hall.

He patiently went with the time, life, and action with the end goal firm in his mind.  He travelled to East Africa in the early 1920s working as a labourer before arriving in the USA.  For some time, he even worked as a toolmaker at the factory of Ford in Detroit. While in San Francisco, he met up with the members of the Ghadar Party, which comprised of immigrant Punjabi-Sikhs who were conducting a revolutionary movement from the USA to free India from the tyrannical British rule. For the next few years, he travelled all over America to garner support for their activities assuming a number of aliases like Sher Singh, Ude Singh, and Frank Brazil.

In July 1927, he returned to India. While returning, he was caught in Amritsar while carrying arms and prohibited political literature. As a result, under the Arms Act, he was sentenced to a jail term for five years. However, he was released in Oct 1931. Udham Singh returned to his hometown of Sunam, but constant harassment by the police forced him to depart for Amritsar. Here, according to some of his biographers, he opened up a business as a signboard painter. In 1933, Udham Singh made his way to London, and over the course of the next three years he travelled widely in Europe; he also appears to have been a motorcycle enthusiast. Late in the 1930s, according to British police records, he is said to have stated that by was a carpenter by profession, and he listed his name as Azad Singh.

After the barbaric massacre, General Reginald Dyer was relieved from duty and moved back to his home country. Though he received criticism from one end, he also received support and approval from private citizens who lauded him as the saviour of the British empire. Later, he succumbed to an illness a few years after the shooting at Jallianwala Bagh. Dyer died in 1927 due to cerebral haemorrhage and arteriosclerosis.

O’Dwyer has also returned to England after retirement. He occasionally attends any public meetings. On 13 March 1940, O’Dwyer was one of the scheduled speakers at a joint meeting of the East India Association and the Royal Central Asian Society. The meeting was to be held at Caxton Hall, Westminster.

On 13 March 1940, a gun-wielding man, perfectly dressed in British attire, was waiting in one side of the Caxton Hall, Westminster.  He was hiding a 0.45 Smith & Wesson revolver in a book and was waiting the talk to conclude. He stood by the wall silently and steadily. When the meeting ended, O’Dwyer walked in the direction of the platform to have a word with Lord Zetland, the Secretary of State for India. He fired six rounds into a group of people. Two of them pierced the heart of O’Dwyer and killed him on the spot. Zetland, Louis Dane (the former Lieutenant-governor of Punjab), and Lord Lamington (the former Governor of Bombay) were injured.

The moment invited lot of reaction from India. In March 1940, Indian National Congress leader Jawahar Lal Nehru, condemned the action of Singh as senseless, however, in 1962, Nehru reversed his stance and applauded Singh with the following published statement: “I salute Shaheed-i-Azam Udham Singh with reverence who had kissed the noose so that we may be free.

Udham Singh had no intention of escaping and was immediately arrested. It was an unambiguous case. Udham Singh was formally charged on 1 April 1940 with Michael O’Dwyer’s murder and sent to Brixton Prison. At the prison, Singh staged a 36-day hunger strike. Sometimes, he was even forced fed. Udham Singh was put on trial at the Central Criminal Court, Old Bailey on 4 June 1940 before Justice Atkinson. He was represented by legal luminaries like St. John Hutchinson and V.K. Krishna Menon. When asked why he committed the broad daylight murder, In the statement to the court, he confessed and conveyed valiantly:

I did it because I had a grudge against him. He deserved it. He was the real culprit. He wanted to crush the spirit of my people, so I have crushed him. For the full 21 years, I have been trying to wreak vengeance. I am happy that I have done the job. I am not scared of death. I am dying for my country. I have seen my people starving in India under British rule. I have protested against this; it was my duty. What greater honour could be bestowed on me than death for the sake of my motherland?

In the police statements, he referred himself to as Mohamed Singh Azad, to symbolise Hindu-Sikh-Muslim unity. He was sentenced to death and was hanged on 31 July 1940, at Pentonville Prison and buried in the prison ground.

Repatriation of the immortal body

In 1974, at the request and continuous efforts of MLA Sadhu Singh Thind, Udham Singh’s mortal remains were exhumed and returned to India. The casket, brought back personally by Thind was received by Prime Minister Indira Gandhi, Giani Zail Singh, the then chief minister of Punjab, and Shankar Dayal Sharma, the then President of the Congress party. Subsequently, Udham Singh was cremated according to Sikh rites at Sunam, his birthplace, and his ashes were immersed in the waters of the River Sutlej. A part of the ashes was retained and are now kept in a sealed urn at Jallianwala Bagh.