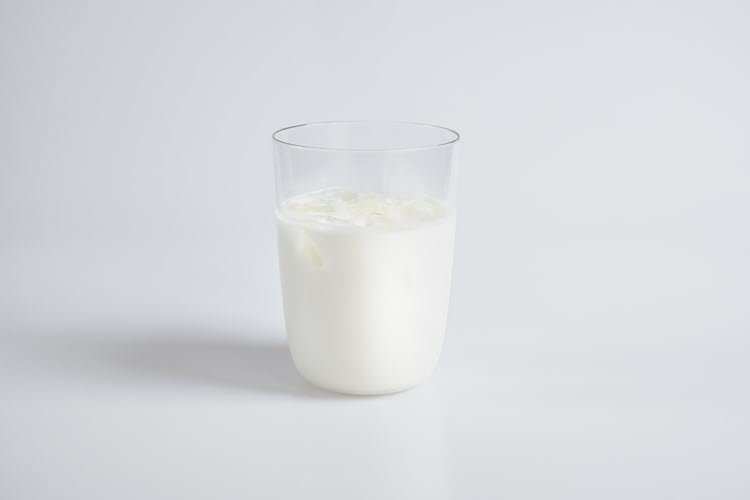 The study was conducted on 5,834 U.S. adults which consisted of 2,762 men and 3,072 Women. Nearly half of the people in the study consumed milk daily and another quarter consumed milk at least weekly. Just under a third of the adults reported consuming full-fat (whole) milk and another 30 percent reported drinking 2% milk. Meanwhile, 10% consumed 1% milk and another 17% drank non-fat milk. About 13% did not drink any cow milk.

In the study, the researcher investigated the relationship between telomere length and both milk intake frequency (daily drinkers vs. weekly drinkers or less) and milk fat content consumed (whole vs. 2% vs. 1% vs. skim). Telomeres are the nucleotide endcaps of human chromosomes. They act as a biological clock, and they’re extremely correlated with age; each time a cell replicates, humans lose a tiny bit of the endcaps. Therefore, the older people get the shorter their telomeres.

The study observes that the more high-fat milk people drink, the shorter their telomeres are. The study revealed that for every 1% increase in milk fat consumed (drinking 2% vs. 1% milk), telomeres were 69 base pairs shorter in the adults studied, which translated into more than four years in additional biological aging. When Tucker analyzed the extremes of milk drinkers, adults who consumed whole milk had telomeres that were a striking 145 base pairs shorter than non-fat milk drinkers.

Tucker said the study findings provide support for the current Dietary Guidelines for Americans (2015-2020), which encourage adults to consume low-fat milk, including non-fat and 1% milk. The guidelines discourage the consumption of high-fat milk, specifically 2% and whole milk.

“It’s not a bad thing to drink milk,” Tucker said. “You should just be more aware of what type of milk you are drinking.”

The study was published in Oxidative Medicine and Cellular Longevity.