Union Minister of Ports, Shipping & Waterways and Ayush, Shri Sarbananda Sonowal joined the Yoga Utsav at the picturesque Ziro Valley in Arunachal Pradesh as part of 12 days countdown to International Day of Yoga, 2022. 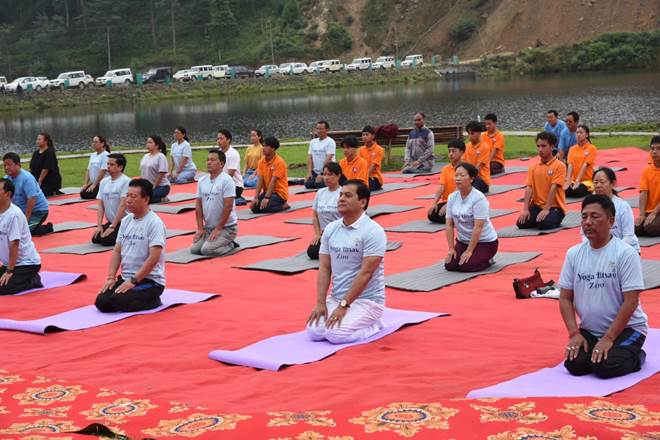 Speaking on the occasion Shri Sonowal said Yoga uplifts the mind and body. It re-energises our spirit yet keep us calm & composed. He said the Bhagvad Gita has captured the essence of Yoga beautifully which is a journey of the self, through the self, to the self. I am blessed to practise at the beautiful Ziro Valley this morning, he added.