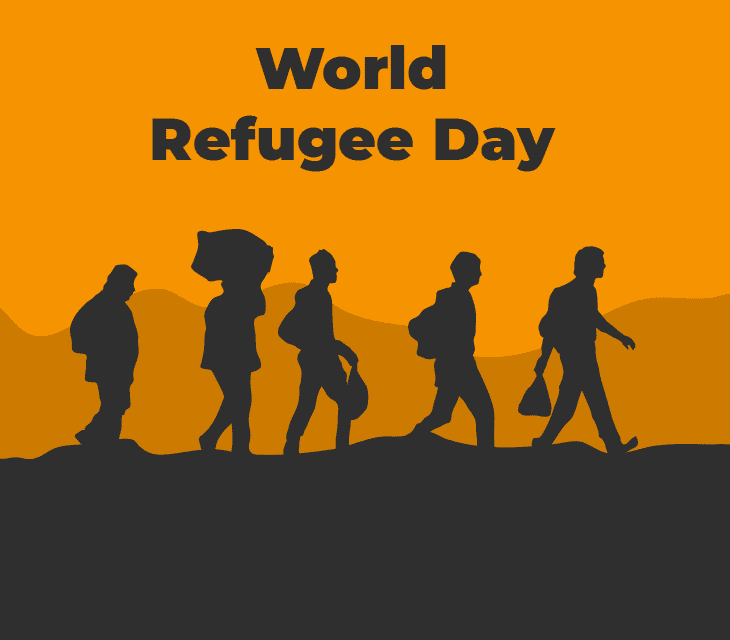 World Refugee Day is an international day organized every year on 20 June by the United Nations. It is designed to celebrate and honor refugees from around the world. The day is an opportunity for everyone to experience, understand and celebrate the rich diversity of the communities of refugees. Events such as theatre, dance, films, and music aim to allow refugee community organizations, voluntary and statutory organizations, local councils, and schools to host events during the week in order to honor the cause.

World Refugee Day shines a light on the rights, needs, and dreams of refugees, helping to mobilize political will and resources so refugees can not only survive but also thrive. While it is important to protect and improve the lives of refugees every single day, international days like World Refugee Day help to focus global attention on the plight of those fleeing conflict or persecution. Many activities held on World Refugee Day create opportunities to support refugees.

World Refugee Day falls each year on June 20 and is dedicated to refugees around the globe. World Refugee Day was held globally for the first time on June 20, 2001, commemorating the 50th anniversary of the 1951 Convention relating to the Status of Refugees. It was originally known as Africa Refugee Day, before the United Nations General Assembly officially designated it as an international day in December 2000.

Each year, World Refugee Day is marked by a variety of events in many countries around the globe in support of refugees. These activities are led by or involve refugees themselves, government officials, host communities, companies, celebrities, school children and the general public, among others.

In 1967, the United Nations had expanded the amount of people who would apply for a refugee status. That was due to the acts of the 1951 Convention which had defined a refugee as an individual or person who had been forced to flee their homes because of World War II. This came to be known as the 1967 Protocol. The protocol at the time had removed the time limitations and geographical definitions of what it meant to be a refugee.

World Refugee Day aims to raise awareness of the problem and demonstrate to refugees that by working together, we can resolve the crisis and assist displaced people in finding a safe, secure and happy future. UN Secretary-General Antonio Guterres reminds us that “the problems are violence and hatred, not individual refugees.”