Veterans’ Day celebrated all across the nation The Indian Armed Forces celebrated the 7th Armed Forces Veterans’ Day on 14 January 2023. Veterans’ Day is celebrated in recognition of the services rendered by the First Commander-in-Chief of Indian Armed Forces, Field Marshal KM Cariappa, OBE who retired on this day in 1953. “Wreath Laying Ceremonies and Veterans’ Meets” were organised all across the country at multiple locations: Dehradun, Delhi, Jalandhar Chandigarh, Jhunjunu, Panagarh, Mumbai, Chennai and Kolkata to reinforce the commitment and solidarity towards the Next of Kin (NOK) of our Bravehearts and towards our veterans as a mark of respect for their selfless service and sacrifices towards the Nation.

Honourable Raksha Mantri, Shri Rajnath Singh along with Chief of Defence Staff, General Anil Chauhan, attended the Veterans’ Meet at Dehradun. Honourable Rajya Rakha Mantri attended the event in Chennai. The event at Delhi was held at Manekshaw Centre, Delhi Cantt which was attended by the three Service Chiefs, CISC and Secretary Ex-Serviceman Welfare (ESW) along with other senior officers of the Armed Forces. Next of Kin, Veterans and representatives of various ex-servicemen organisations also graced the occasion.

Speaking on the occasion, the three Service Chiefs highlighted the important welfare measures undertaken by various welfare departments under the veterans vertical of the Indian Armed Forces. The Service Chiefs highlighted the recognition of the selfless service rendered by the veterans in Nation Building.  The “We for Veterans” anthem was played at all public places as an ode to our veterans. The celebrations also witnessed the release of SAMMAAN magazine, a yearly journal published by the Directorate of Indian Army Veterans (DIAV) covering informative articles and various topics of interest to the veteran community. The Indian Air Force also released the VAYU SEMVEDNA magazine on the occasion.

The Armed Forces Veterans’ Day is being commemorated since 14 Jan 2017 to reaffirm the camaraderie between the retired, the serving and the nation on this day take a moment to reflect, remember & honour the heroes who made the supreme sacrifice and selflessly served the nation. 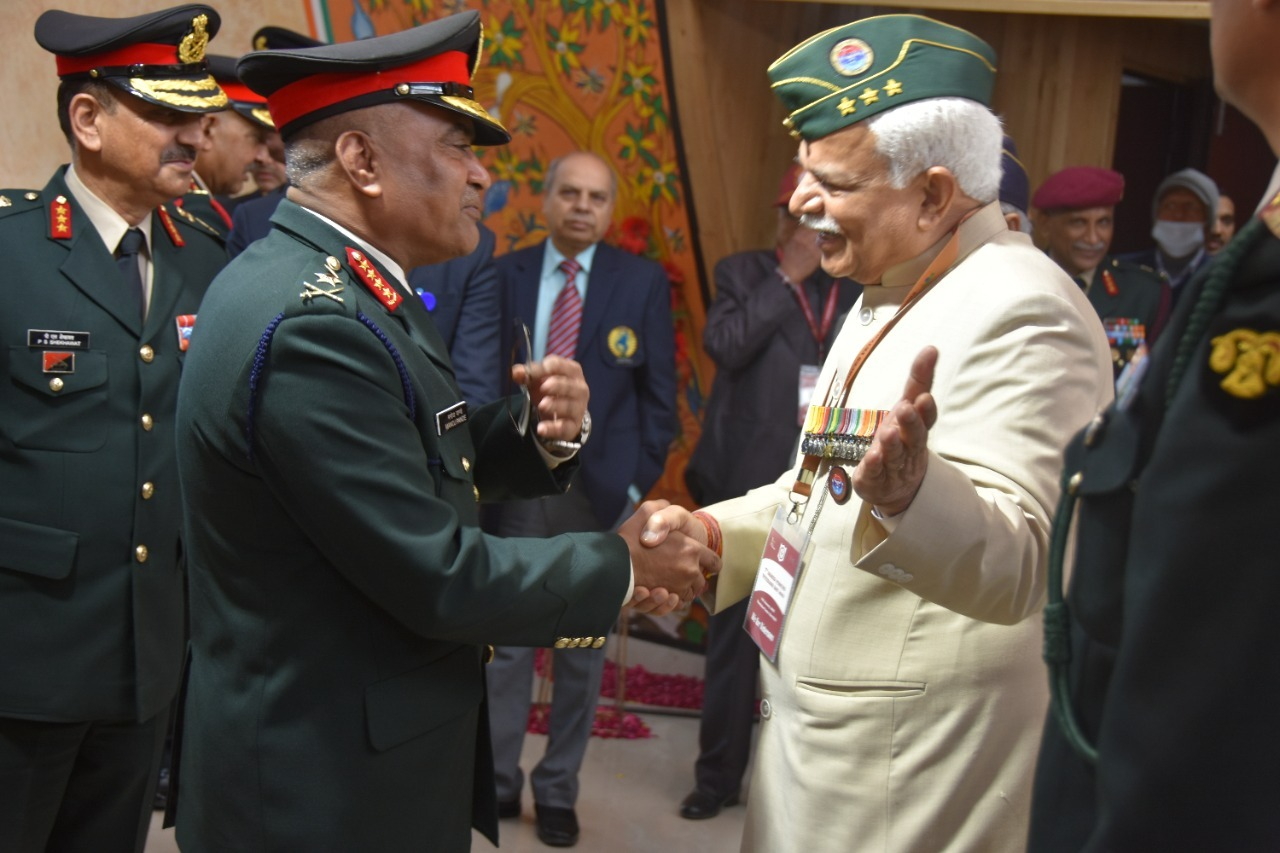