With more than 300,000 new COVID cases a day and hospitals and crematoria facing collapse, Director-General of the World Health Organization Tedros Adhanom Ghebreyesus has called the situation in India “beyond heartbreaking”.

India’s government has blamed the people for not following COVID-safe public health directives, but recent data shows mask use has only fallen by 10 percentage points, from a high of 71% in August 2020 to a low of 61% by the end of February.

And the mobility index increased by about 20 percentage points, although most sectors of the economy and activity had opened up. These are modest changes and do not adequately explain the huge increase in cases.

A more likely explanation is the impact of variants that are more transmissible than the original SARS-CoV-2 virus.

Viruses keep changing and adapting through mutations, and new variants of a virus are expected and tracked in a pandemic situation such as this.

The Indian SARS-CoV-2 Genomics Consortium (INSACOG), a group of ten national laboratories, was set up in December 2020 to monitor genetic variations in the coronavirus. The labs are required to sequence 5% of COVID-positive samples from states and 100% of positive samples from international travellers.

In the final week of December, India detected six cases of the UK variant (B.1.1.7) among international travellers.

The current second wave started in the northwestern state of Punjab in the first half of February and has not yet plateaued. One of the advisers to the Punjab government confirmed that more than 80% of the cases were attributed to the UK variant.

Significantly, the most affected districts are from Punjab’s Doaba region, known as the NRI (non-resident Indian) belt. An estimated 60-70% of the families in these districts have relatives abroad, mostly in the UK or Canada, and a high volume of travel to and from these countries. 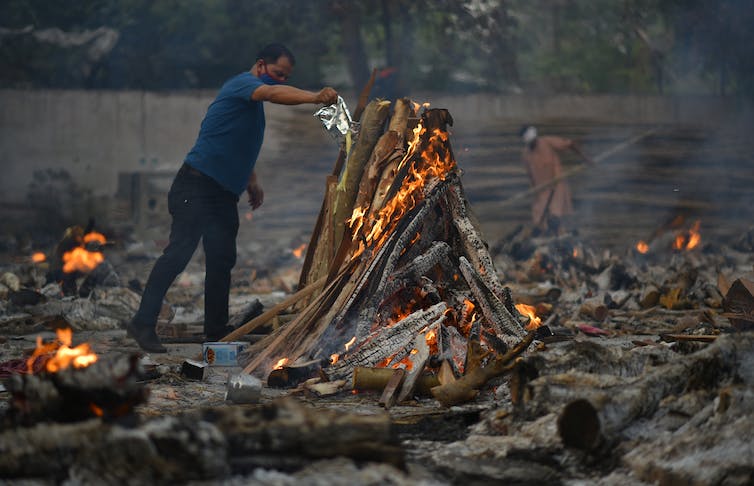 B.1.617, or what has been called the “Indian double mutation”, has drawn attention because it contains two mutations (known as E484Q and L452R) that have been linked to increased transmissibility and an ability to evade our immune system.

Many experts in India now think this is driving the surge.

Even as India’s health ministry announced the detection of the mutants on March 24, it went on to add:

[…] these have not been detected in numbers sufficient to either establish or direct relationship or explain the rapid increase in cases in some states.

The head of the Indian Council of Medical Research said there was no reason for panic because mutations are sporadic, and not significant. That day, the states of Maharashtra and Punjab accounted for 62.5% and 4.5% of 40,715 new cases, respectively.

Across the world, several key mutant strains have emerged thanks to ongoing virus replication in humans. Both ability to replicate and transmit, and a better ability to escape our immune systems, led to the variants establishing themselves as dominant strains across geographies and populations.

The UK variant (B.1.1.7) is at least 30% more transmissible. At a recent webinar, Indian experts observed the “Indian strain” (B.1.617) is similarly transmissible to the UK variant, but there is little evidence so far of it being more lethal than the original virus.

Why higher transmissibility is so concerning

According to epidemiologist Adam Kucharski at the London School of Hygiene and Tropical Medicine, the conundrum is this:

[…] suppose 10,000 people are infected in a city and each infects 1.1 other people on average, the low end for the estimated rate of infection in England. After a month, 16,000 people would have been infected. If the infection fatality rate is 0.8%, as it was in England at the end of the first wave of infections, it would mean 128 deaths. With a variant that is 50% more deadly, those 16,000 cases would result in 192 deaths. But with a variant that is 50% more transmissible, though no more deadly, there would be 122,000 cases after a month, leading to 976 deaths.

In all likelihood, this is the current Indian scenario: a higher overall death count despite the variants being no more fatal in relative terms.

Setting up a genomic surveillance system and consistently testing 5% of the positive samples is an expensive but important tool in the journey ahead. This can help us identify emerging hotspots, track transmission and enable nimble-footed decision-making and tailored interventions. COVID in India: the deep-rooted issues behind the current crisis

Reflections of my 25 Year Journey in Toastmasters Club – Part III

Reflections of my 25 Year Journey in Toastmasters Club – Part II 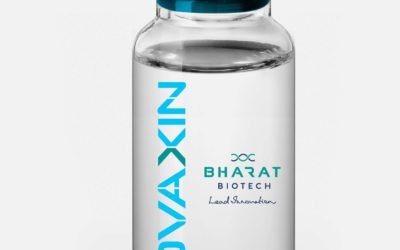 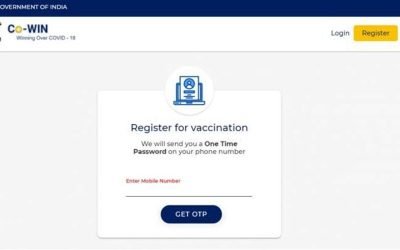