The study of airlifting rhinos in upside down | Image Source: https://edition.cnn.com/

The study of airlifting rhinos upside down won the 2021 Ig Nobel for Transportation Prize. Swinging above the African savannah, an upside-down rhino suspended from a helicopter looks funny. But for the black rhino, flying to new territory is no laughing matter — it’s about survival.

Relocation of Rhino was primarily carried out using land-based transportation; however, due to the inaccessibility of difficult terrain conservationists began using helicopters, on an occasional basis, to move rhinos. The rhino is either placed on its side on a stretcher or hung upside down by its legs or stretcher option. The upside-down airlift was found to be a faster and less costly affair than the other option, but the medical implication was unknown. As a result, the Government of Namibia carried out research in association with Cornell’s College of Veterinary Medicine. 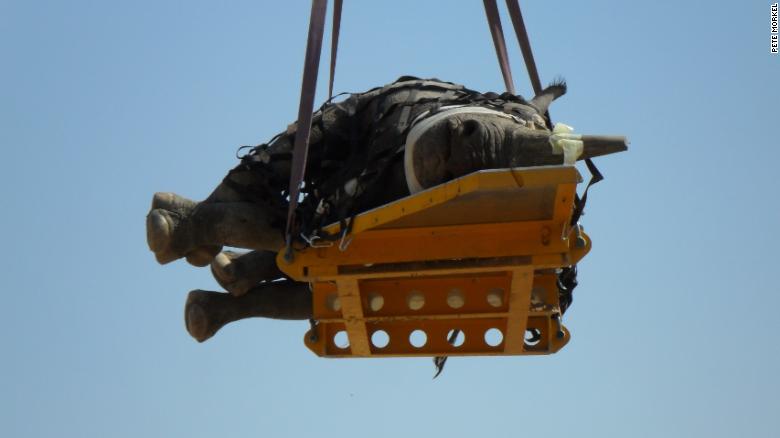 The proceedings of the events can be watched here: