To mark India’s 75th anniversary, the Indian Army and Indian Air Force are teaming up to conduct a historic cycling expedition. The expedition starts on July 2, 2022. There are 20 soldiers and air warriors on the team, and they’ll be led by two female officers from the Army and Air Force. The expedition was flagged off jointly by Lieutenant General M U Nair AVSM SM, Signal Officer-in-Chief & Senior Colonel Commandant, Corps of Signals and Air Marshal R Radhish AVSM VM, Senior Air Staff Officer, Western Air Command from the National War Memorial, New Delhi. Cycling 1600 km in 24 days will culminate at the Kargil War Memorial in Drass on 26th July 22 as a fitting tribute to the brave martyrs of the Kargil War.

Having the cyclists interact with school kids all along the way will boost the energy of the young Indians towards nationalism. As a beacon, they will channel the immeasurable enthusiasm and zeal of the country’s future leaders.

Squadron Leader Maneka leads the team from the Indian Air Force, where she served as a Logistics Officer in Bidar, Gwalior, and Devlali during her 10 yr service. She was awarded the Air Officer Commanding-in-Chief Central Air Command Commendation Card in 2016 for her exceptional handling and speedy resolution of various logistics issues at Gwalior Air Force Station. She loves sports and has taken part in a number of cycling expeditions with the Indian Air Force. 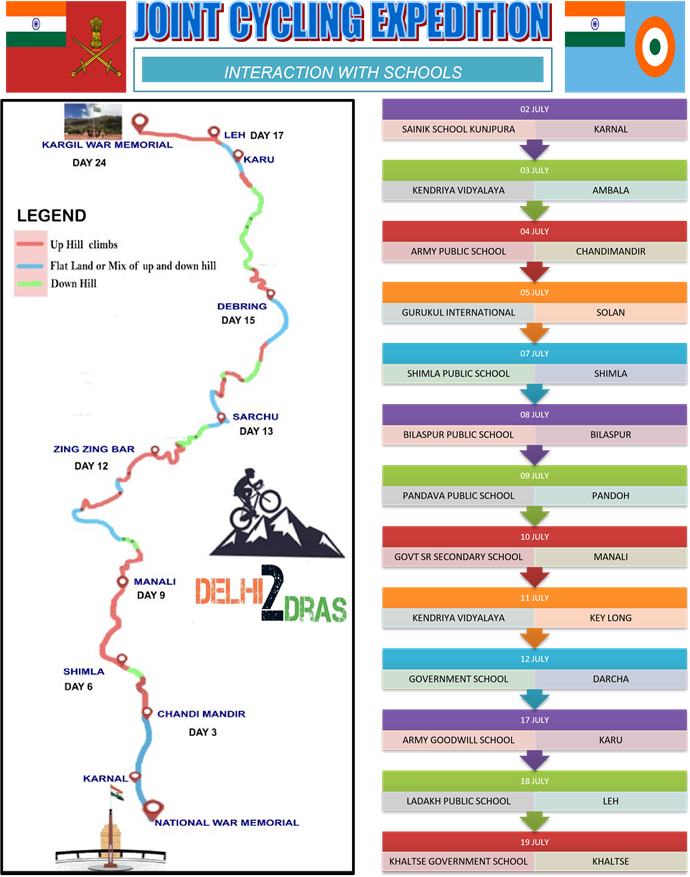 The expedition will cycle through Punjab before heading into Himachal Pradesh. As they head toward Ladakh, the expedition will face insurmountable challenges due to the terrain and lack of oxygen. They had a graduated practice schedule, which helped them build endurance and stamina.