Necessity is the mother of invention, they say. For the student innovator Nihaal Singh Adarsh from Mumbai, his doctor mother’s necessity became the fount of inspiration for his invention. Named Cov-Tech, the compact and frugal innovation is a ventilation system for PPE kits, bringing much-needed relief for our healthcare workers on the frontlines of the COVID-19 battle.

A gratified Nihaal, a second-year student of K J Somaiya College of Engineering, spoke to PIB, explaining the experiential difference Cov-Tech makes to the Corona Warrior wearing the PPE: “Cov-Tech Ventilation System is like you are sitting under the fan even while you are inside the PPE suit. It takes the surrounding air, filters it and pushes it into the PPE suit. Normally, due to lack of ventilation, it is hot and humid within the PPE suit; our solution offers a way out of this uncomfortable experience, by creating a steady airflow inside.” The design of the ventilation system ensures a complete air seal from the PPE kit. It provides a breeze of fresh air to the user in a gap of just 100 seconds. 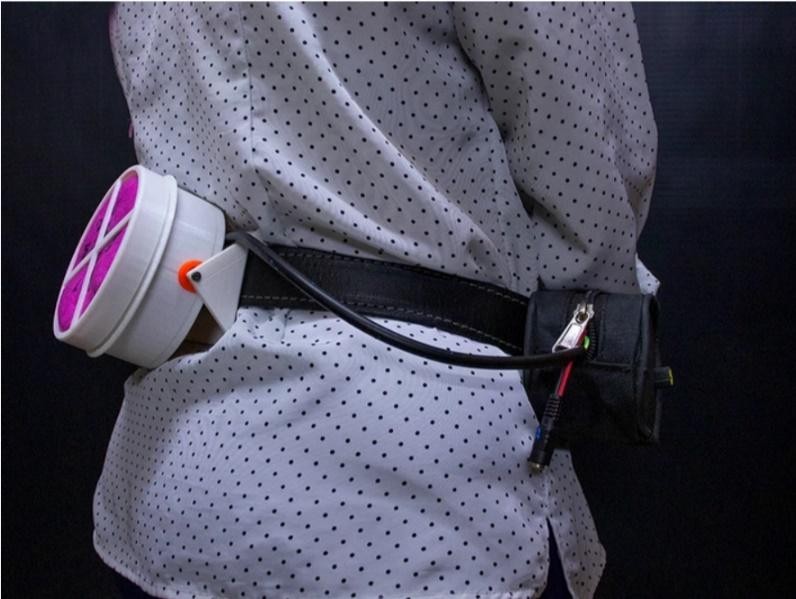 Mothered by a Mother’s Service

So how did Co-Tech take birth? Nihaal’s mother, Dr. Poonam Kaur Adarsh is a doctor who has been treating COVID-19 patients at Adarsh clinic, Pune, a clinic she herself runs. Every day after returning home, she would narrate the difficulty faced by those like her, who are having to wear PPE suits and get themselves drenched in sweat. How can I help her and others like her, the 19-year-old Nihaal thought? 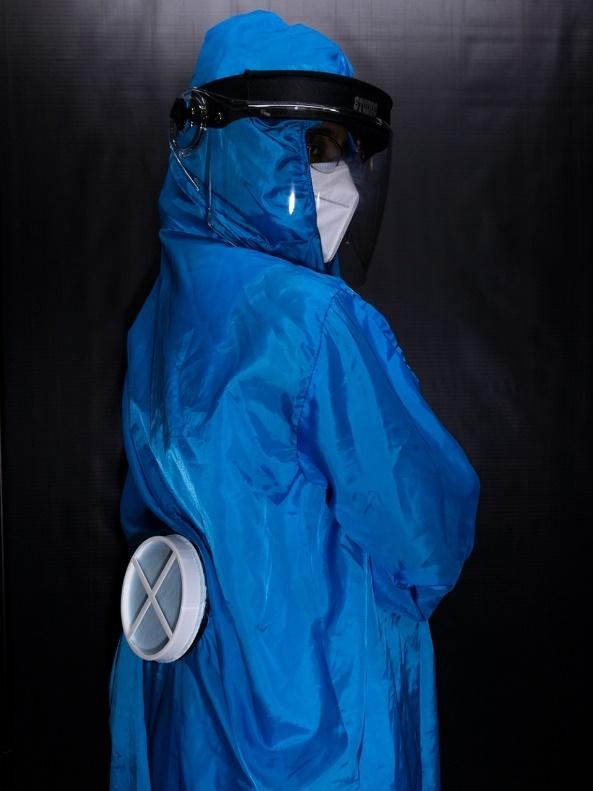 The recognition of the problem led him to participate in a design challenge for COVID-related equipment, organized by Technological Business Incubator, Research Innovation Incubation Design Laboratory .

In Search of a User-Friendly Design: From The First Prototype to The Final Product

The design challenge led Nihaal to work on the first prototype. With guidance from Dr Ulhas Kharul of National Chemical Laboratory, Pune, Nihaal was able to develop the first model in 20 days. Dr Ulhas runs a start-up that does research on a membrane to filter air, with the aim of preventing the spread of COVID-19. From here, Nihaal got the idea about what type of filter he should use, in order to achieve an optimum balance between filtration efficiency and airflow quality.

It helped that he got support from Somaiya Vidyavihar University’s RIIDL (Research Innovation Incubation Design Laboratory), supported by the National Science & Technology Entrepreneurship Development Board (NSTEDB), under the Department of Science & Technology, Government of India.

After more than 6 months of hard work, the initial prototype emerged. It was neck-mounted, sucking in air through U-shaped air inlets, and had pillow-like structures which could be worn around the neck.

Nihaal gave it to Dr Vinayak Mane of Pune for testing. “We wanted this prototype to be tested by some unbiased doctors and hence approached Dr Vinayak Mane. He pointed out that wearing it around the neck will be a big discomfort for doctors and health care workers, due to the constant sound and vibration the device emitted. So, we discarded the prototype and started working on further designs.” Nihaal informs PIB that they kept trying out new designs, with the aim of creating a prototype that does not obstruct the work of Health Care Workers in any way.

This aspiration for perfection led to the development of around 20 developmental prototypes and 11 ergonomic prototypes till the final product emerged.  For this, he got help from Gaurang Shetty, Chief Innovation Catalyst at RIIDL and CEO of Dassault Systems, Pune. The state-of-the-art prototyping facility at Dassault Systems helped Nihaal develop prototypes effectively and at ease. The Final Prototype: As Simple as a Belt

As per the final design, the product can be worn around the waist, just like a belt. It can be attached with the conventional PPE kits. This design serves two purposes: Since the ventilator is worn close to the body, high-quality components have been used and safety protection measures have also been taken care of, informs Nihaal.  “When I told my mom that I am going to file a patent for this product, she was very happy. Being a General Physician, my mother uses it whenever she goes out for work.” The system comes with a lithium-ion battery which lasts for 6 to 8 hours.

Powered by NIDHI (National Initiative for Developing and Harnessing Innovations)

The Cov-Tech Ventilation System became a reality, thanks to a Rs. 10,00,000/- grant for prototype development and product innovation, which Nihaal received from NIDHI’s PRomoting and Accelerating Young and ASpiring technology entrepreneurs (PRAYAS), of the Department of Science and Technology, Government of India. The budding entrepreneur had created a start-up called Watt Technovations, under the umbrella of which the ventilation system was developed. Besides the PRAYAS grant, the startup also received a support of Rs. 5,00,000, from New Venture Investment Programme, conducted jointly by RIIDL & K J Somaiya Institute of Management. A Very Economical and Cost-Competitive Option

Ritwik Marathe, a second-year student of Design Engineering and his batchmate Sayli Bhavasar also helped Nihaal in this project. Sayli handles the design of their website https://www.watttechnovations.com, as well as social media presence and digital content creation of the start-up.

Nihaal tells PIB that his initial ambitions did not extend much beyond alleviating his mother’s pain. “I never thought of going commercial initially. I thought of making it only on a small scale and giving it to the doctors I personally know. But later on, when we made it feasible, I realized that the problem is such a massive one, something our Health Care Workers face on a daily basis. That’s when we thought of making a commercial plan so that it is available for everyone in need.” 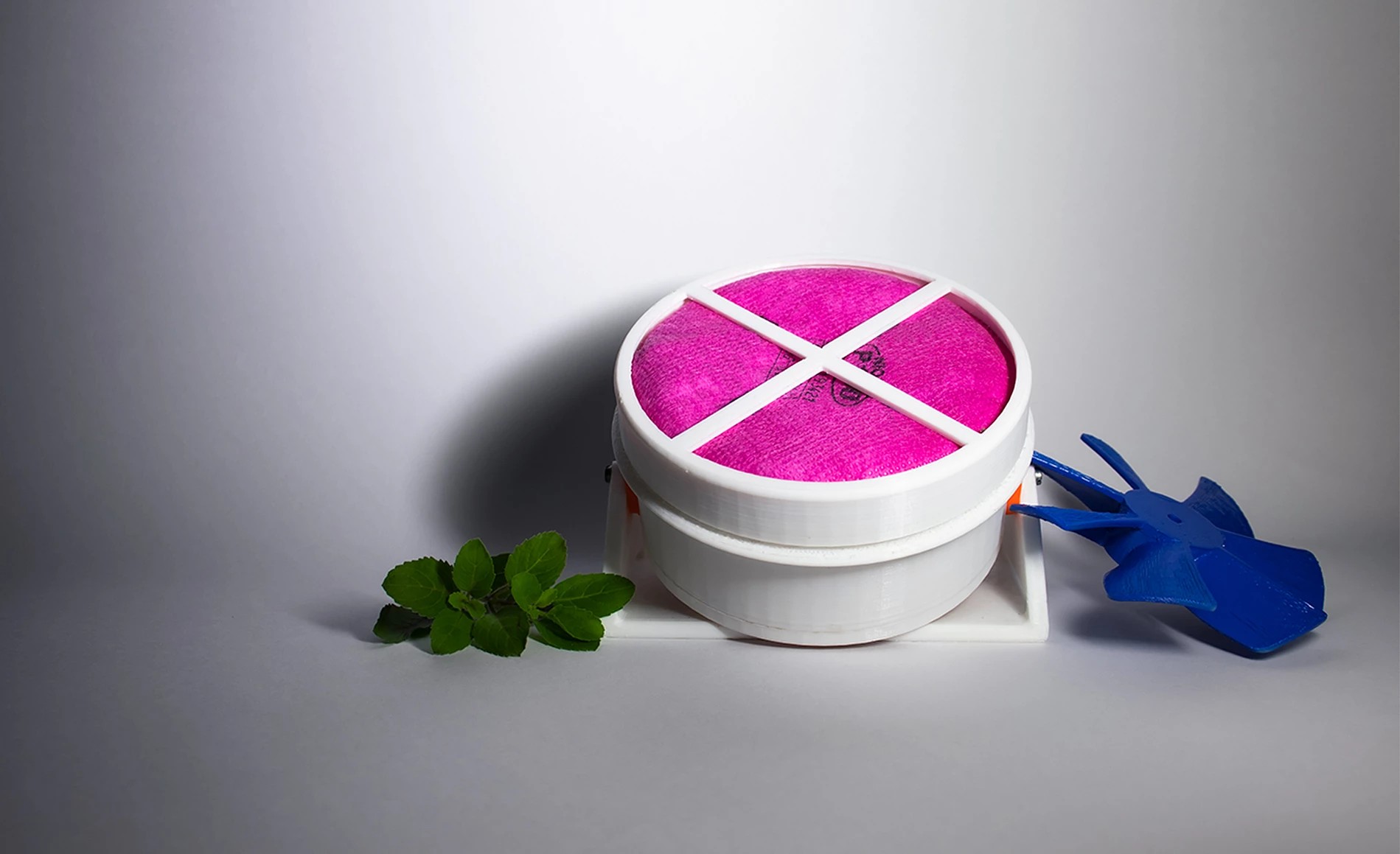 The final product that has come into being is being used in Sai Sneh hospital, Pune and Lotus multi-speciality hospital, Pune. The company plans to scale up its production in May / June 2021. The product costs Rs. 5,499 per piece and is way cheaper than the competitive products which cost around one lakh rupees a piece. The team is trying to further reduce the price.

The first batch of the product is already out, with around 30-40 units which will be delivered as trial units to doctors/NGOs across the country. The next batch of around 100 units is also under production.