2 February in Indian and World History is celebrated, observed, and remembered for various reasons. 2 February is the birth anniversary of Rajkumari Amrit Kaur, Moturi Satyanarayana, and Khushwant Singh.

2 February in Indian history is celebrated as the birth anniversary of the following personalities:

Rajkumari Amrit Kaur (2 February 1889 – 2 October 1964), a noted Gandhian, freedom fighter, and social activist from India. She was the Minister of Health for ten years in the Indian Cabinet after the independence of the country. She has the honor of being the first woman cabinet minister of the country. Rajkumari Amrit Kaur belonged to the royal family of Kapurthala. It was only after coming under the influence of the Father of the Nation, Mahatma Gandhi, that he left all the comforts of material life and adopted the life of an ascetic. She was also a member of the Rajya Sabha from 1957 to her death in 1964. She was born on 2 February 1889 in Uttar Pradesh.

Khushwant Singh (2 February 1915 – 20 March 2014), an Indian journalist, writer, novelist, and historian. He has gained a lot of popularity as a journalist. Khushwant Singh ji has also worked on the honorable post of Foreign Service in the ‘Ministry of Foreign Affairs’ of ‘Government of India’. In the year 2000, he was awarded the ‘Honest Person of the Year award. He has also been honored with decorations like ‘Padma Bhushan’ (1974) and ‘Padma Vibhushan’ (2007). Khushwant Singh has provided many invaluable works to his readers. He was born on 2 February 1915.

2 February in Indian history is observed as the death anniversary of the following personalities:

Acharya Chatursen Shastri (26 August 1891 – 2 February 1960), a great novelist of Hindi literature. Most of his writings were based on historical events. The novels of Acharya Chatursen are interesting and heart-touching. His major works are ‘Goli’, ‘Somnath’, ‘Vayam Raksham’ and ‘Vaishali’s Nagarvadhu’ etc. He died on 2 February 1960.

Govind Shankar Kurup (5 June 1901 – 2 February 1978), a renowned Malayali language writer, who was awarded the Jnanpith Award. He obtained the qualification of teaching by passing the ‘Pandit’ examination of Cochin State. After that, for two years, he continued to do teaching work here and there. More than 40 original and translated works of ‘Mahakavi‘ have been published by him. He died on 2 February 1978.

K. Subrahmanyam (19 January 1929 – 2 February 2011) was an Indian journalist and former civil servant. He was a frequent columnist and commentator for a number of international and Indian newspapers. He worked as a consulting editor and policy expert for multiple Indian publications after he retired from government service in the late 80s. Some of them were The Tribune, The Economic Times, and The Times of India. He died on 2 February 2011.

Notable events on 2 February in Indian and World history

2 February 1509 – In India there was a war between Portugal and Turkey near Diu (Goa, Daman and Diu).

2 February 1844 – Pitts Regulatory Act was implemented for administrative reforms in the country.

2 February 1878 – Greece declared war on Turkey on this day.

2 February 1949 – The Press Trust of India was established on this day.

2 February 1953 – All India Khadi and Village Industries Board was formed.

2 February 1966 – Pakistan introduced an important proposal for the ‘Kashmir Accord’.

2 February 1992 – Declaration of the end of the Cold War by US President George Bush and Russian President Boris Yeltsin.

2 February 2006 – The Mahatma Gandhi NREGA Act was notified in 200 districts.

2 February 2012 – the Supreme Court declared the allocation of 2G spectrum to 122 entities illegal. 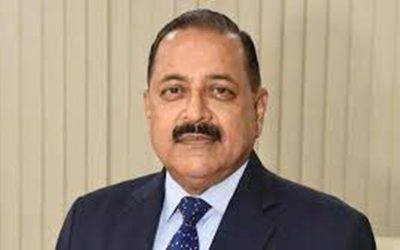